The story of the Transitional Executive Council 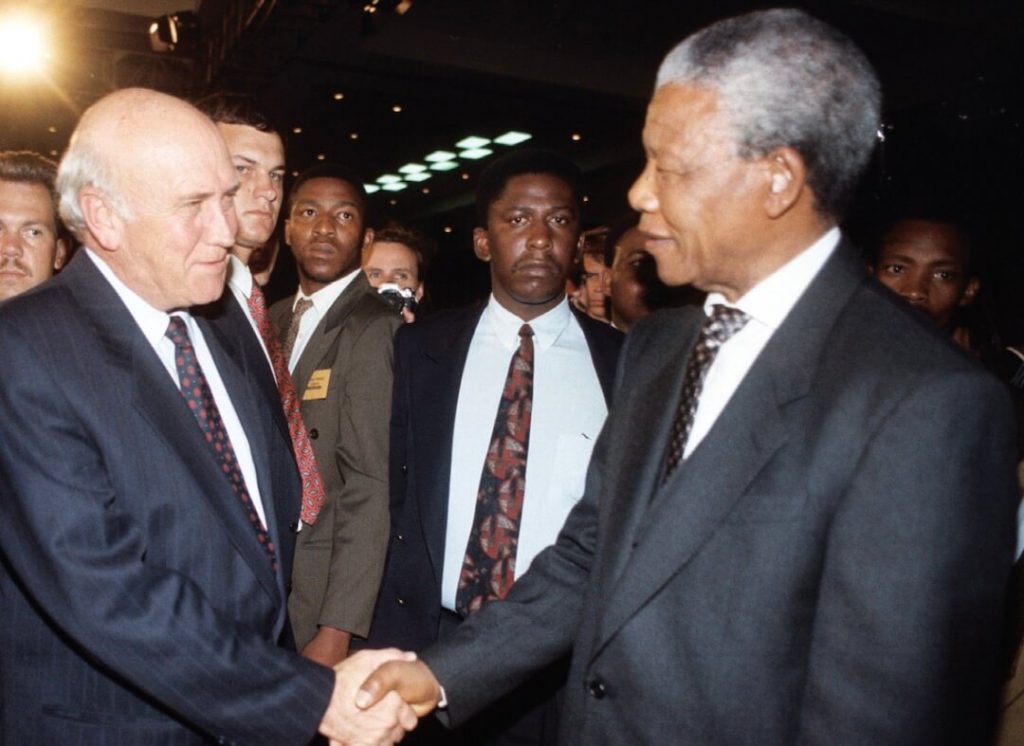 The TEC was created to level the political playing fields and create a climate for free political activity in the run-up to the elections in April 1994. The ANC argued that the South African government could not be both referee and player in the elections.

One member of each party that participated in the multi-party negotiations was represented in the TEC. The Freedom Alliance and the PAC did not participate. Eight of the 19 members served on a management committee. The TEC had seven sub-councils that were in charge of: law and order; stability and security; defence, intelligence; foreign affairs; status of women; finance; regional and local government; and traditional authorities. Each sub-council had members of various political parties with specific knowledge of their areas of competence. 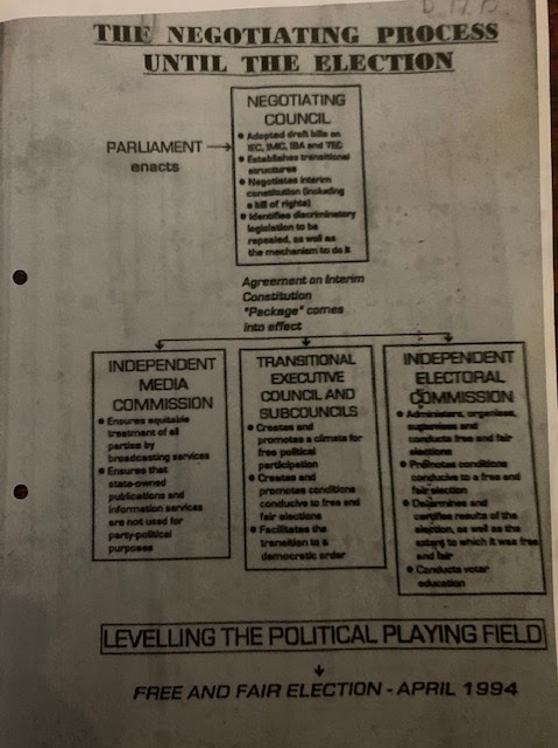 Infographic describing the negotiation process leading up to
the elections.

Wide-ranging powers were extended to the seven sub-councils. They could curtail government actions as well as demand access to all information relevant to their tasks. According to the Transitional Executive Council Act of 1993, each government and administration in the country – including the independent homelands – had to keep the TEC informed of all its proposed legislation. If the TEC, or one of its sub-councils, had reason to believe that such proposed legislation would adversely affect the attainment of democratic elections, the TEC could instruct that government or administration in writing not to proceed. These governments and administrations would then, according to law, be obliged to comply. The same applied to political parties.

“The TEC had many hard tasks. They had to find money to finance the first-ever free and democratic elections in South Africa. The Nationalist Party had run the country to total collapse and the cost of elections could not be paid as there was no money in government coffers. Suddenly the victims of apartheid had to go out to the world to raise capital for the elections, so that citizens could exercise the free vote.”

“I was a minute taker in this committee called the Sub-Council on Defense. It was this extremely diverse range of characters from the exile community and people who had been in the SADF [white South African army] for ages … We spent quite a lot of time visiting military bases while the TEC was setting up this National Peace Keeping Force which included people from all the forces. This committee also had to deal with all the homelands militaries, which all ended up being integrated into what became the South African National Defence Force.”

–Katharine McKenzie, then administrator in the TEC