The story of Chris Hani’s assassination and its aftermath 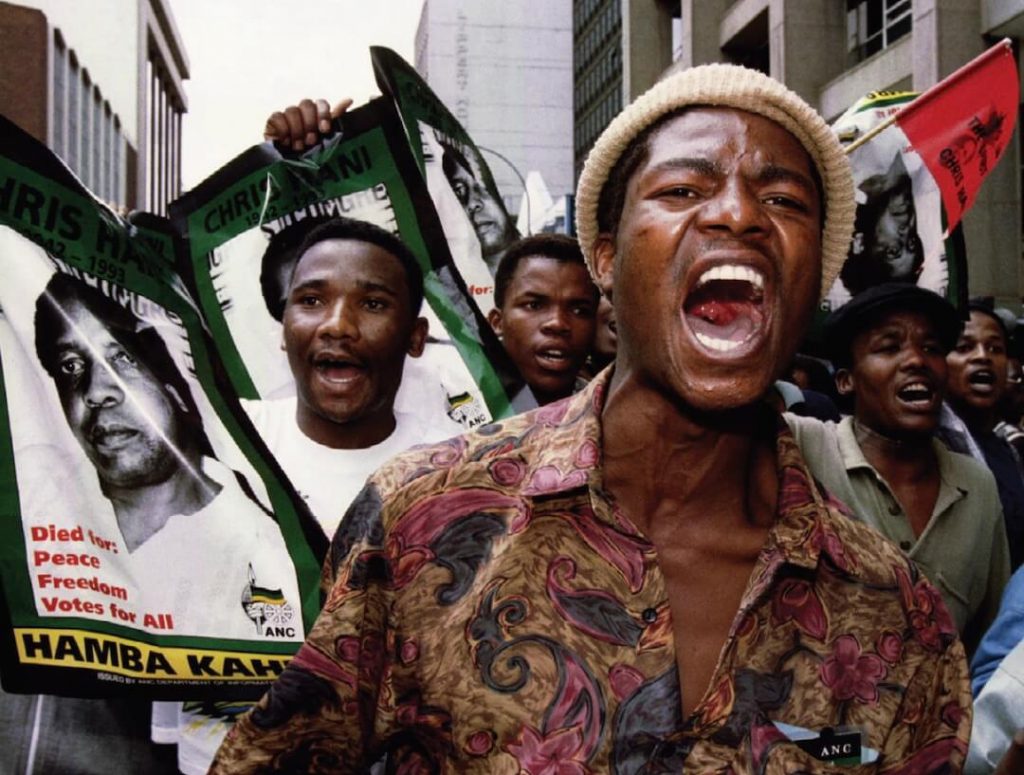 On the Saturday of the Easter weekend, Hani was assassinated by a Polish anti-communist immigrant, Janus Waluś, with the support of Clive Derby-Lewis, a member of the Conservative Party. Hani was an important figure in convincing young militant ANC supporters about the desirability of a negotiated settlement. His assassination was an attempt to provoke a racial war and derail the negotiation process. 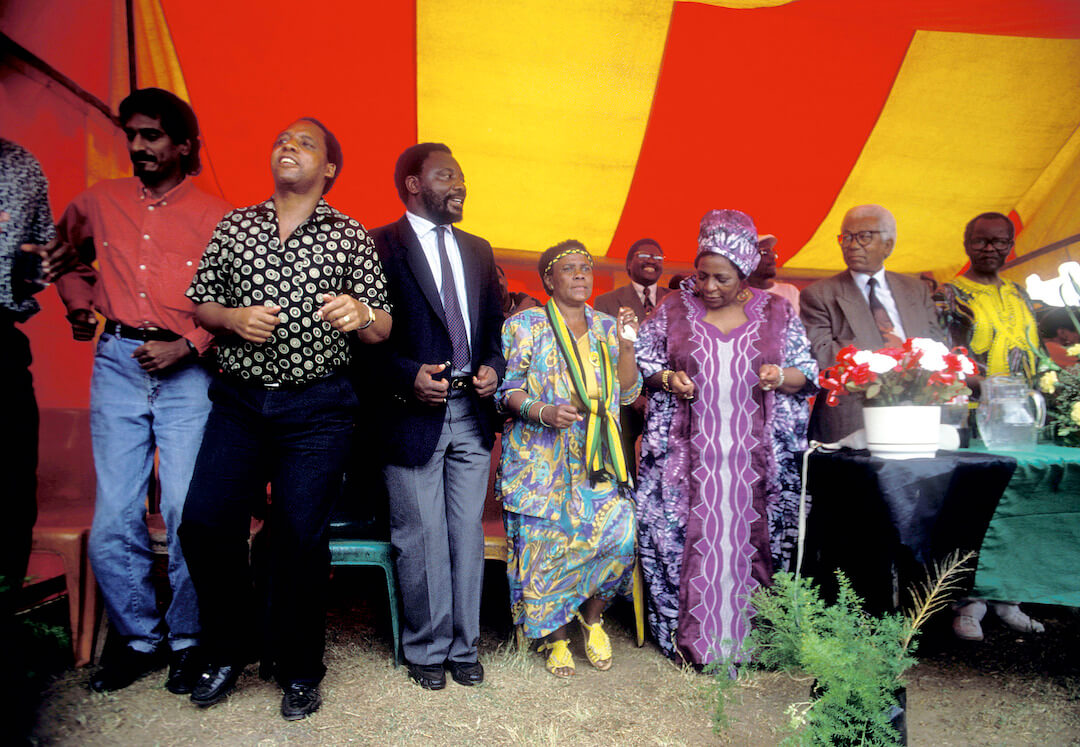 Chris Hani dances at the launch of the South African Communist Party (SACP) in Soweto on 29 July 1990. Mandela (left in white coat) watches from behind. In the background: centre Ray Alexander Simons with sunglasses, right Walter Sisulu. Peter Mokaba, then leader of the ANC Youth, right with the microphone. Sue Kramer

Janusz Waluś was arrested in Boksburg minutes after the assassination. An alert neighbour took down the registration number of the vehicle involved in the shooting and informed the police. The suspect was then apprehended in the car and two weapons were found in his possession. Further investigation by the South African Police had revealed a ‘hit list’ in Waluś’s home. The weapon used to kill Hani was one stolen from the SA Airforce on 14 April 1990 in Pretoria. 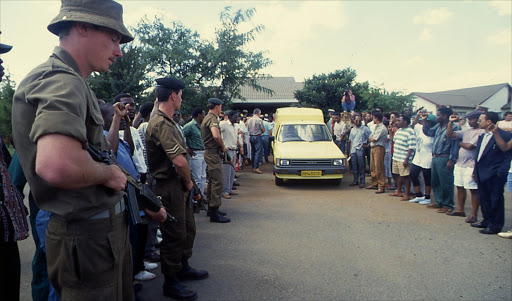 ANC members formed a column on either side of the van carrying Hani’s body and broke into an emotional rendition of the farewell song for fallen comrades, Hamba Kahle M’konto. Soldiers are also on standby, 10 April 1993. Herbert Mabuza / Times Media 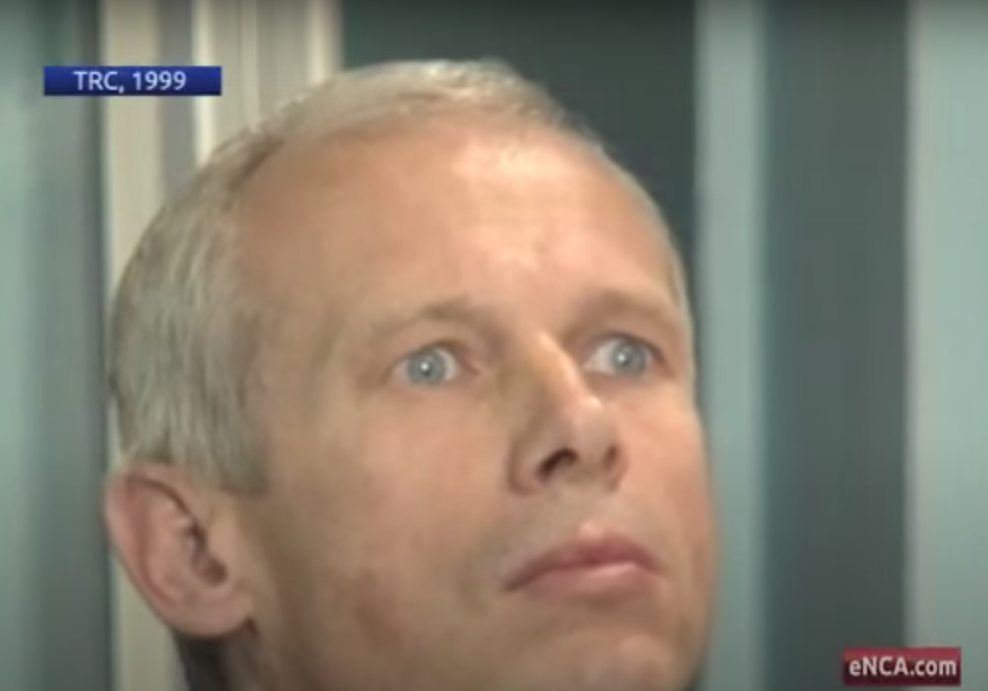 After Hani’s death, negotiations came to a dramatic halt. With the spontaneous outpouring of grief, anger and frustration, the country was engulfed in angry protests and violence. Mandela appealed for calm on national television, signalling his de facto status as head of state. He issued a moving appeal for all South Africans to work together, to close ranks and prevent anger from destroying their joint future, and not allow for the destruction that Hani’s killers sought. 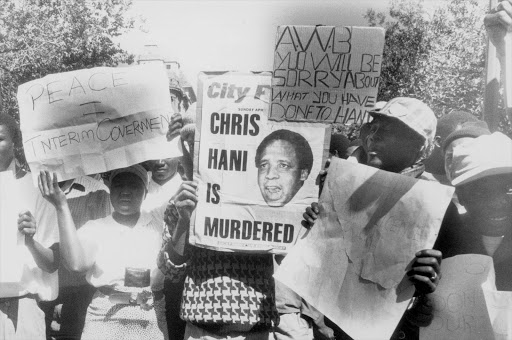 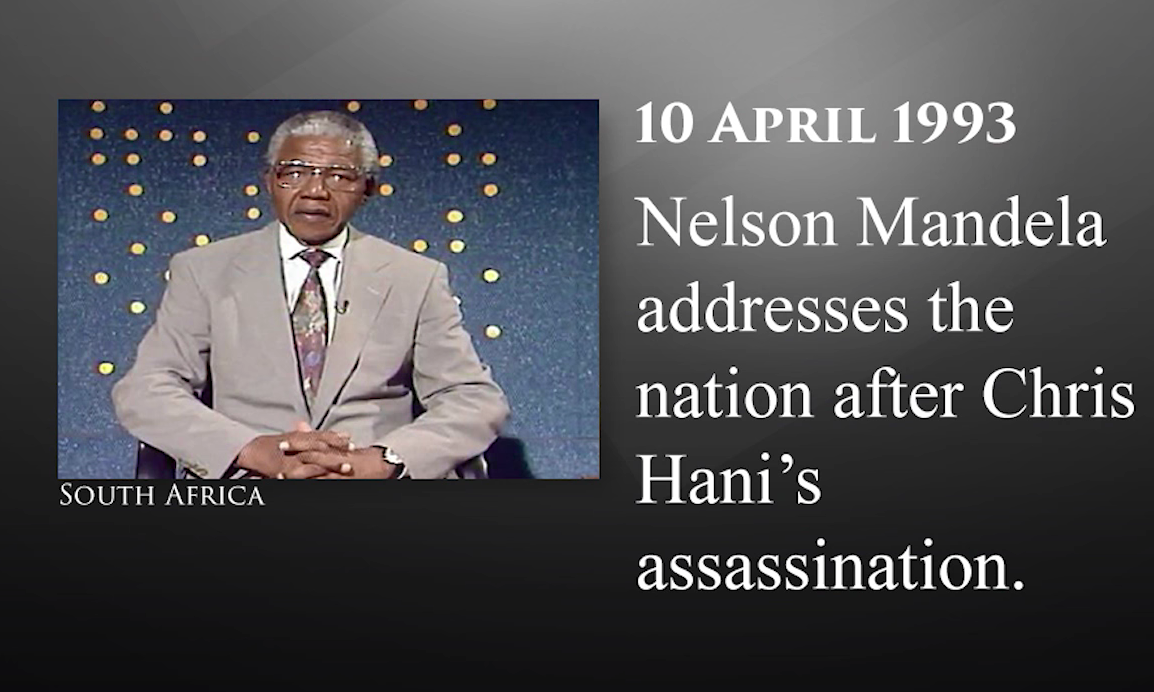 Both sides acknowledged that negotiations were the only way to stop the country’s descent into chaos. The Tripartite Alliance met immediately after the assassination and set out the following demands: 1. There should be an immediate announcement of an election date; 2. The interim government termed the TEC should be installed as a matter of urgency; 3. All armed formations should be placed under immediate multi-party control.

About 1.5 million people took part in marches across the country after the assassination of Hani calling for an election date. Graeme Williams 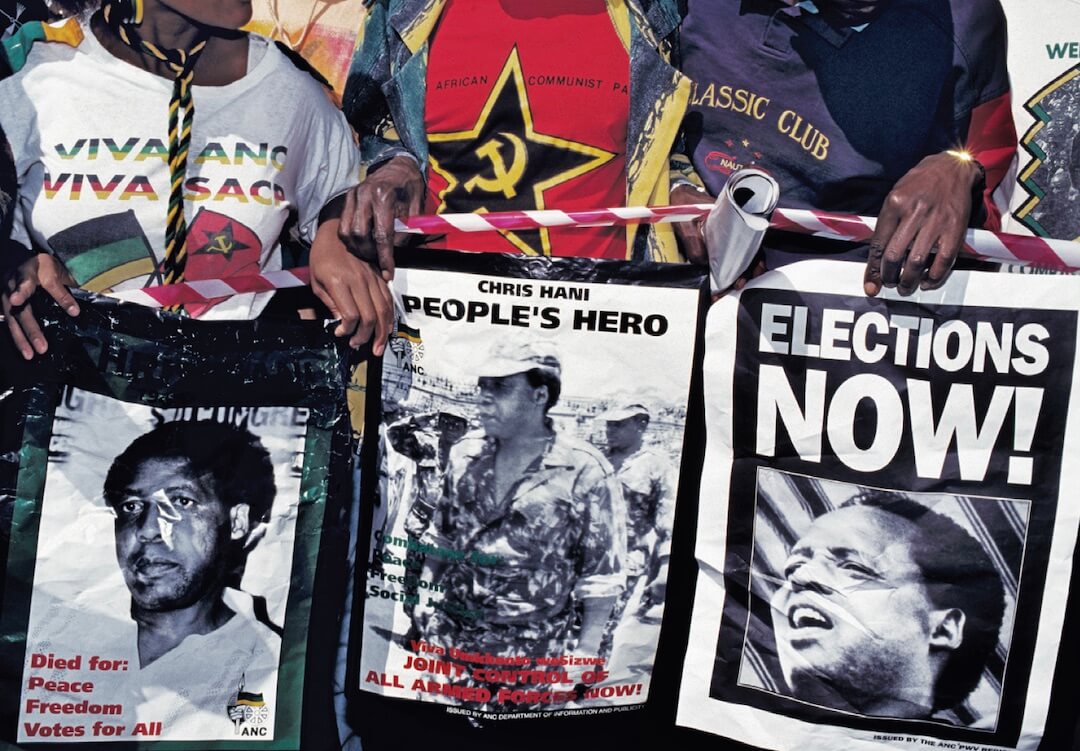 About 1.5 million people took part in marches across the country after the assassination of Hani calling for an election date. Graeme Williams

After intense negotiations, 27 April 1994 was announced as the date of the first democratic elections. A deadline for the conclusion of negotiations was also set. There was just over ten months to go. 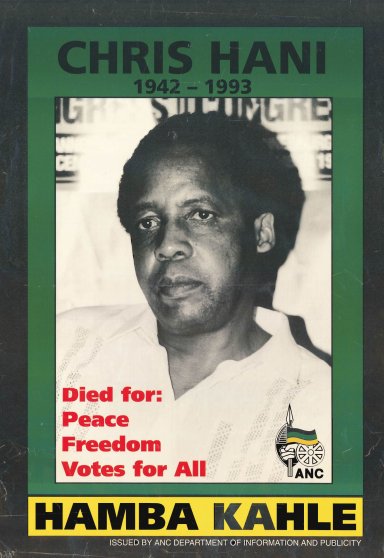 Memorial poster ‘Chris Hani died for peace, freedom and votes for all’. DISA

A spike in
violence:

Despite the euphoria that an end was in sight, violence ‘exploded with renewed force’ after the setting of an election date. In July/August 1993, the death toll was the highest ever in a two-month period, with most deaths resulting from the ongoing conflict between the Inkatha Freedom Party (IFP) and the ANC. The government’s response remained inadequate, relying on suppressing protest and declaring unrest areas, rather than addressing problems of policing. The National Peace Accord structures – which were credited for the decline of violence at the end of 1992 and early 1993 – were overwhelmed by the increased tensions. 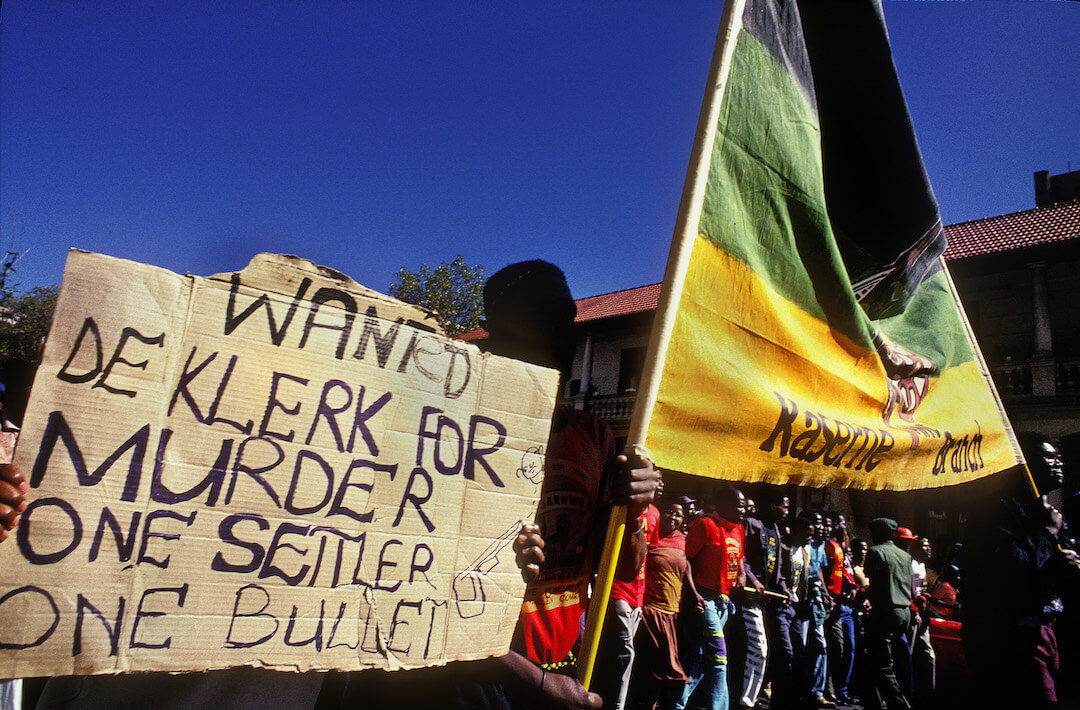 Protestors march through the streets of Johannesburg to protest Chris Hani’s assassination and the ongoing violence. Graeme Williams

“On the morning that Chris was killed, Madiba was at his house in the Transkei, and I phoned him … He was shocked and very worried … [His] TV address was done very quickly because Mandela understood the urgency of keeping people calm and that he had to be the one to do so … He was very emotional in the interview. It was a father talking about a son that he had just lost.”

“The news broke through the radio and sounded like an invitation to war. As a young militant, I became very angry when our movement did not accept the invitation, but instead called for calm … I only appreciated later, and after a long time of anger, how devastating [a war] would have been.”

–Alex Mashilo, then spokesperson for the South African Communist Party

“As political leadership, it was very difficult to constructively channel the anger … Especially amongst the ANC youth. Hani was also one of the only national leaders that the youth actually listened … For a mad person to go and kill a popular leader like that, really, really shook the whole country.”

-Patricia de Lille, then member of the National Executive and chief negotiator for the PAC

“It scared the whites silly … A lot of white housewives sat watching the funeral with increasing horror. There was a very negative perception of the future as a result of Chris Hani’s murder.”

–Sheila Camerer, then Deputy Minister of Justice, and NP negotiator at the MPNP

“One can never rejoice in the fact that Chris Hani was killed, but you can never underestimate its importance. This was the night that we saw Nelson Mandela as a statesman. And then the acceptance of an election date made the NP realise that democracy is coming. If it wasn’t for this date, some members would still be kicking
for touch.”

-Leon Wessels, then Cabinet Minister and NP negotiator at the MPNP

“The election date also concentrated the mind of the right-wingers. It dawned on them that this train was about to leave the station. If we want to influence the process, they have to participate.”

“Comrade Chris, as an individual, is irreplaceable. He had emerged in the past months, according even to the opinion polls of our opponents, as easily the second most popular politician in the country (after Comrade Nelson Mandela, of course). But the shots that killed comrade, unwittingly mobilised a huge army of liberation across the face of our country.”

-Editorial, The African Communist: Journal of the SACP, No 32,
first quarter, 1993

“We decided on an election date after Chris was killed. We went back to the negotiating table and we asked that it be in April 1994. At that time we didn’t even have a draft constitution [or] any electoral laws to even conduct these elections. But the mandate given by the ANC was that … by 27 April 1994, we would have an interim constitution.”

“For me, the real victory in this negotiation process was not the signing of the Interim Constitution. It was setting the election date. I knew that if we didn’t set that date, the whole process could have gone on forever. In our own constituency, the people felt that these negotiations had been going on for too long and, indeed, they had been going on for much too long.”

-Cyril Ramaphosa, then chief negotiator for the ANC at the MPNP

“I feel that we’re in danger of creating false expectations with this date … People that aren’t necessarily pro-ANC … Are worried that there’s going to be some sort of ramshackle, cobbled-together solution and we will run into an election and we’ll all be killed. People don’t have faith in an election in a violent situation.”

-Sheila Camerer, then Deputy Minister of Justice and NP negotiator at the MPNP

“I think it is important that we get a democratically elected government installed as soon as possible so that we can solve the problem of violence.”

-Fanus Schoeman, then NP negotiator at the MPNP 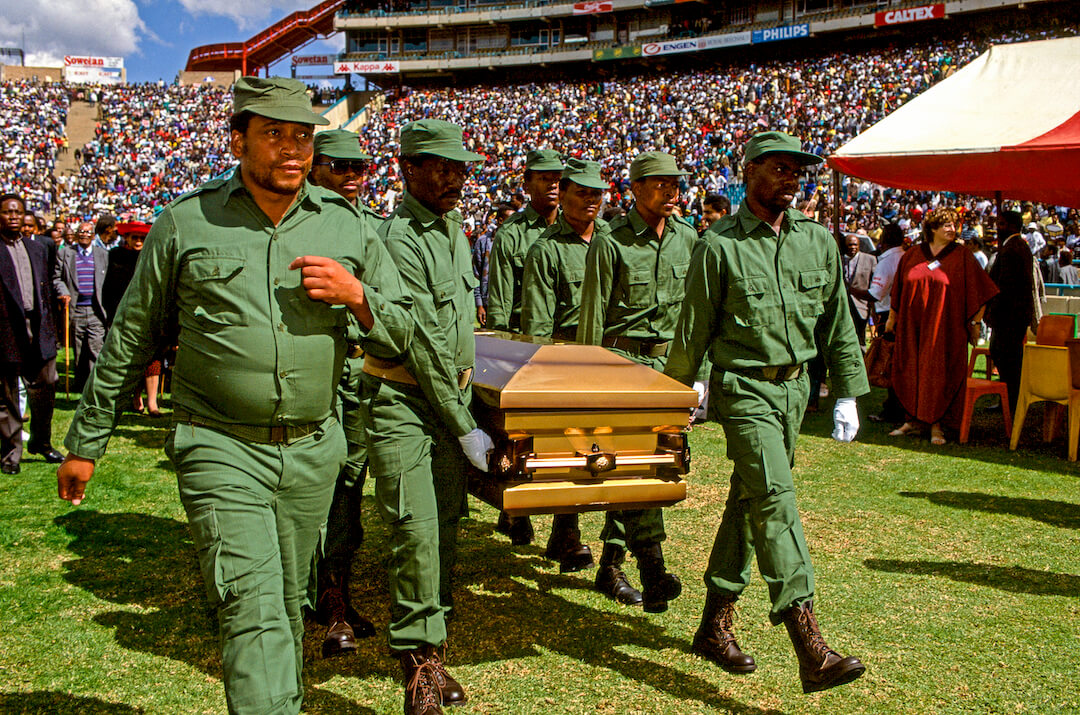 The ANC's military wing, Umkhonto we Sizwe, carried the coffin of Chris Hani at his funeral in Soweto on 18 April 1993. Louise Gubb 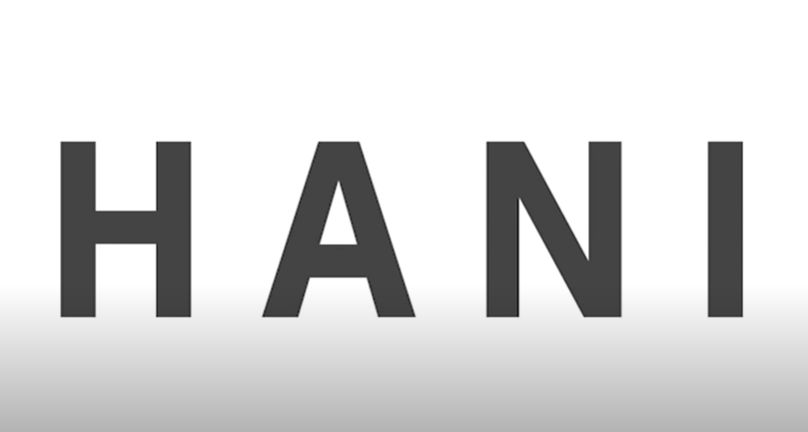 The documentary Hani looks back at the struggle history that formed the man Chris Hani – SACP leader, freedom fighter, and family man. The house where the murder happened, in Dawn Park, Boksburg, in the City of Ekurhuleni, is now a museum. CNBC Africa / YouTube 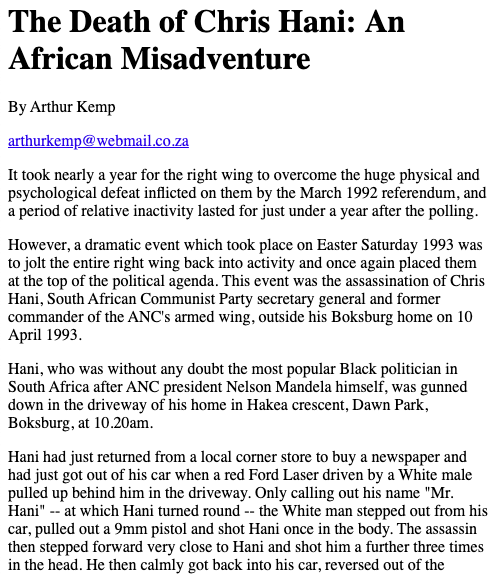 The Death of Chris Hani: An African Misadventure by Arthur Kemp 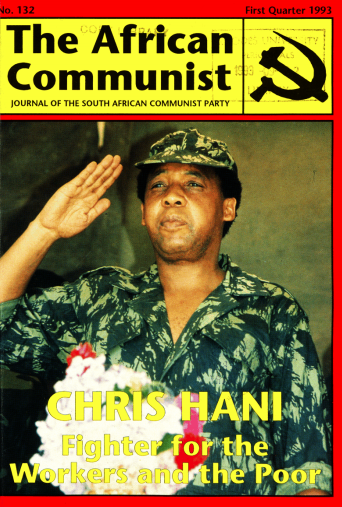 "The African Communist: Journal of the SACP" pays tribute to the life of Chris Hani. The same issue also has an article commemorating the loss of Oliver Tambo. 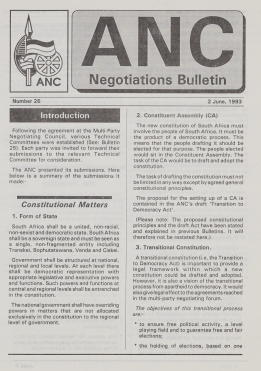